Although an operator’s representative signs the contractor’s Daily Drilling Report (DDR), they frequently keep separate records of events in other systems, leading to reconciliation errors. After an operator approves all the hours and coding for daily operations, invoices and payments are often held up by single line items under dispute. Disputes in the 5-10% range of total amounts are frequently responsible for holding up hundreds of monthly invoices, and the rest of any previously approved line items are once again up for scrutiny by the operator’s accounting, engineering and performance drilling teams. The experience of a $5 million invoice held up by $1,500 forklift rental is not singular.

These issues can be resolved by marrying an electronic DDR system to a blockchain-based smart contract network, allowing drilling contractors to protect themselves from errors and billing delays and to lower DSOs. This can also create opportunities for performance-based contracts. Supplementing the DDR negotiation and signature process with smart contracts and distributed ledgers is the next evolution of contract terms and may be the best way to move the drilling contractor and operator relationship forward.

This approach moves the point of reconciliation for drilling contracts from back offices to the field and to execution within 24 hours after the physical delivery of work. It can be achieved and executed with existing systems in place and a shift in management culture, where parties accept a signed DDR as the basis of truth for invoicing.

There are several possible scenarios for the implementation of technology required to streamline this process. The simplest deployment with the lightest impact to existing IT systems and field processes involves the following steps:

First, both operator and rig owner must identify a specific dayrate contract to target for automation. With facilitation by the smart contract provider, both parties analyze the contract and identify each billable event, the associated pricing for that event and the business logic for detecting said event.

Typically, the dayrate portion is broken into familiar buckets, including mobilization, full rate, standby rate, etc. Each rate has a series of IADC activity codes or sub-codes mapped to it. In parallel, the codes from the operator reporting systems, such as Wellview or OpenWells, are also mapped to the rates.

Next, daily rental or single call off items, such as electronic drilling recorders (EDRs), remote directional drilling services and shaker screens, can be identified in addition to an electronic trigger. For example, the presence or absence of certain sensor data can be used as a proxy for the rental tool billing, sensor readings with set tolerances from onsite fuel tanks for diesel delivery and consumption, or e-tickets signed by both sides for various rentals can be consumed.

Interfaces from the rig owner’s DDR system and the operator’s reporting tools to the smart contracting platform are required to capture precise data. Not all data from the ecosystems is necessary – only specific fields or tables crucial to validating a particular billable event. Many achieve this by publishing data from a DDR provider to the network via a REST API, or send performance data from their corporate SQL servers for things like calculated tripping speeds or rig activity. On the operator’s side, most systems can publish reports in an XML format, which the smart contract can then parse.

Smart contracts are computer code that automate the performance of a contract and enforces the terms of that contract in real time. A smart contract vendor can configure a dayrate drilling contract for the agreed set of variables between rig owner and operator.

At this point, both sides agree on housekeeping items, such as timing (and time zone) of the billing cycle, a defined look-back period for changes in source data systems, and dispute resolution mechanisms.

Smart contract users then agree on what options will be available for the contract, such as credit/rebill, reverse charges, reprocessing data or requesting additional support, and define exactly what steps and data are required for each method.

When each side has their own data sources, it is typical to see the parties agree on the most collaborative data, using operational or sensors closest to control systems of the rig, as these are inherently more trustworthy and less subject to manipulation.

Lastly, the parties sign off on the smart contract and create a shared blockchain ledger to record immutable results. At this stage, both parties are granted access to the same ledger that provides complete transparency for the covered items.

Once the rig spuds, the DDRs are e-signed by both parties and the operator’s representative submits a daily report in a separate system, then the smart contract receives both sets of data and reconciles them in real time. Activities are continuously reconciled in 15-minute blocks, and reimbursable or additional charge items are compared.

All charges that reconcile are written immediately to the blockchain ledger and marked ready for invoice. Items that have an issue are written to the ledger with a dispute flag. When this occurs, designated representatives from both sides – the rig manager, companyman and superintendents – receive an e-mail alert with the details regarding a dispute. These can then be resolved in the source systems and resubmitted, clearing disputes the same day.

As a result, accounts payable and receivable invoices can be calculated from pre-reconciled blocks and submitted directly to the parties’ enterprise resource planning systems as often as agreed, potentially daily.

Benefits to the drilling contractor include moving days-to-invoice from 30-plus to one, removing end-of-month haggling and ensuring that all reimbursable items are captured and billed correctly.

Benefits to the operator include a reduction in contract administrative costs, the capability to offer faster payment terms (since 30 days will no longer be a requirement for workflow approval), achieve fast pay discounts already in the master service agreement, and enable a quicker flip of drilling expenses to joint interest partners.

All sides benefit from improved visibility of spending and cash flow, improved trust between parties, and additional time for drilling personnel to focus on safety and hole quality rather than invoice engineering.

Once operators and drilling contractors deploy smart contracts together with DDRs, the possibilities for additional innovation in contract terms are endless. Performance metrics that were previously tedious to calculate or based on only one side’s data can be automated and become based on shared data, like from a rig’s control system or EDRs.

Data from other parties on a site, such as the wireline vendors, fuel providers and third-party directional drillers, can be gathered to create a shared risk model across the group of companies that impact the speed and quality of well construction.

Smart contracts can read all this data, create an invoice based on approved codes and automatically post payments to financial systems in real time, visible to both drilling contractors and operators. When the parties agree to share data in a transparent and immutable way, the path for a truly neutral third-party performance-based contract becomes clear.

Smart contracts allow for more complexity without the harsh reconciliations between competing systems with disparate information sources. For true value to be captured in a drilling program, rates must be based on what has actually been completed and whether progress meets certain conditions for performance incentives. Smart contracts present collaborative mechanisms to ensure operators get what they pay for and that drilling contractors are paid promptly for the services and performance they deliver. 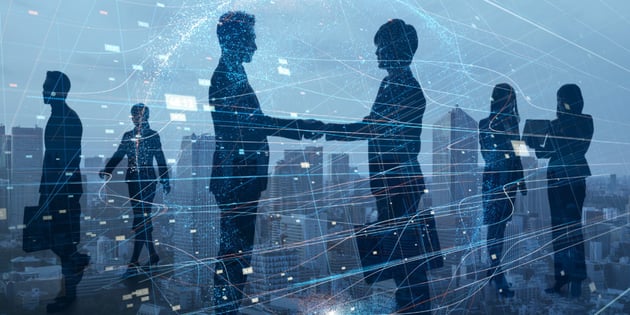 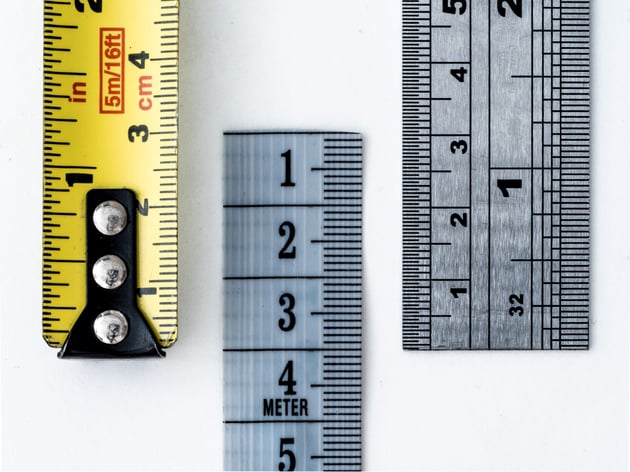 How Legal Standards of Proof Measure Up in Smart Contracts