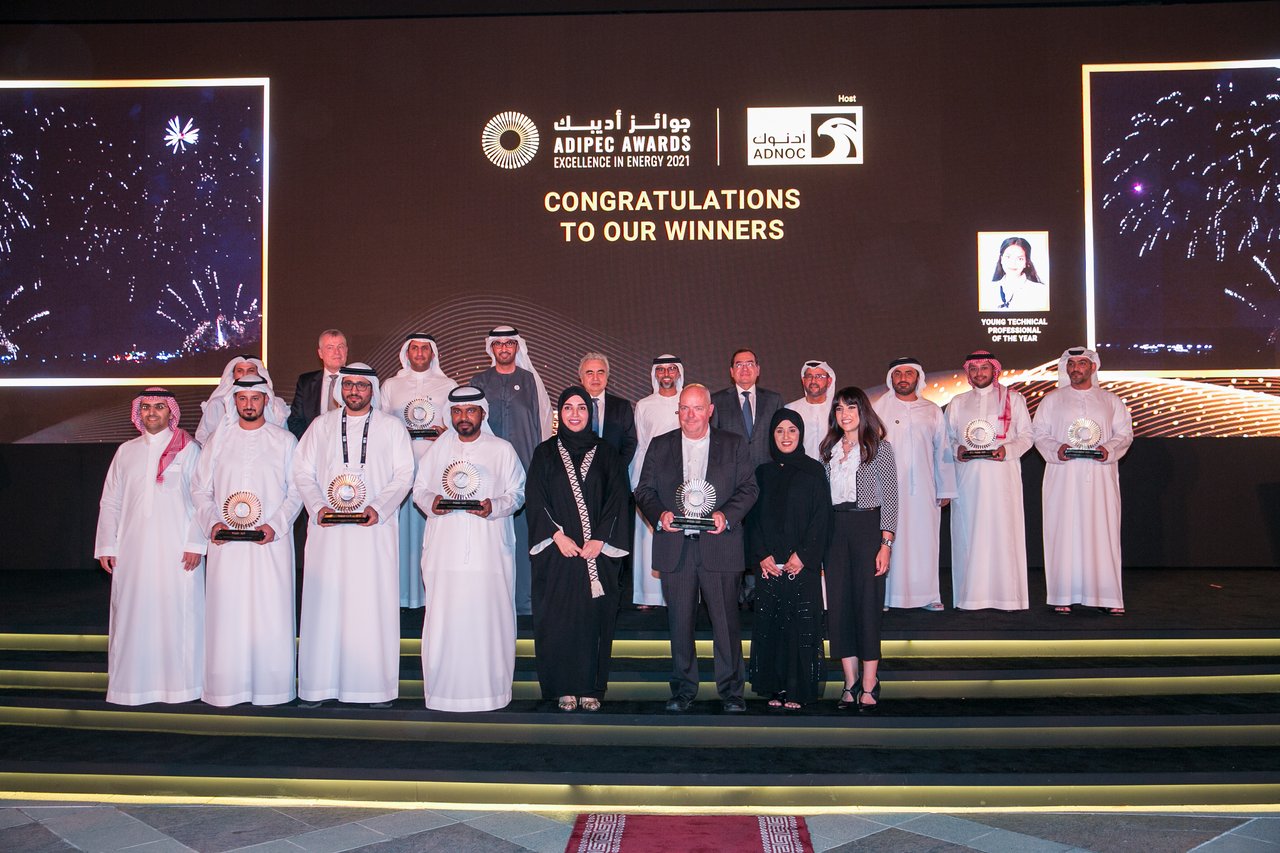 Last month, I had the tremendous opportunity to attend the Abu Dhabi International Petroleum Exhibition and Conference (ADIPEC) Awards on behalf of Data Gumbo. My experience at the awards ceremony was unlike any other.

I’ve never been to the Oscars (and most likely never will unless I make a significant career pivot), and to be named as the Oil and Gas Start Up Company of the Year at the largest annual oil and gas event in the Middle East was and continues to feel surreal.

The experience included much fanfare with red carpet walks, loads of paparazzi (ahem, photographers), suspenseful drum rolls, moments of anticipatory envelope openings and plenty of spectacular fireworks. Set at the Palace Hotel, the event exuded grandeur further elevated by representatives from all of the world’s top oil and gas companies. And there I was, Founder and CEO of Houston-headquartered Data Gumbo, in the middle of it all thinking, “What the heck am I doing here?”

The awards kicked off with numerous wins by the Abu Dhabi National Oil Company (ADNOC), the world’s 12th largest oil company by production, and also my dining table mates. Next on deck was an award my friends from Shell were up for which was awarded to their competitor. As the event soldiered on, I realized that the Start Up category loomed. I tried to recall the instructions for what to do if we won? Why did I not pay better attention and if the unlikely scenario of us winning came to fruition, what was I supposed to say?

Then it was time -- the Start Up category was being announced. As the evening’s master of ceremonies rattled off the other contenders' impressive achievements, my palms began to sweat. “Envelope please…” drum roll.

I couldn’t believe it. I was completely stunned and wished so much that the rest of the team could have been there to accept the award with me. On the long trip to the stage, down the red carpet, I thought, “How has this happened? How have we made it on this long, almost impossible journey?”

At times I have been scared to death of failure, of being broke, of being an idiot with worthless ideas, and now here I was walking to a beautiful stage on the other side of the world to accept one of the most prestigious awards in industry. Of course, it is all possible if you believe and truly listen; if you prepare to do hard things, and most importantly, work with awesome people who believe that together you can change the world.

Also, what they don’t tell you is that the actual trophy is very big, heavy and bulky, and that you will need to buy a new suitcase to get the damn thing home! What a night and what an experience. Attending and winning at ADIPEC is an experience I will forever be humbled by and look to to renew my dedication to our company’s way forward.

Watch my live interview at the event here: